When Federal Employees Can Expect to See Their 1.9 Percent Pay Raise 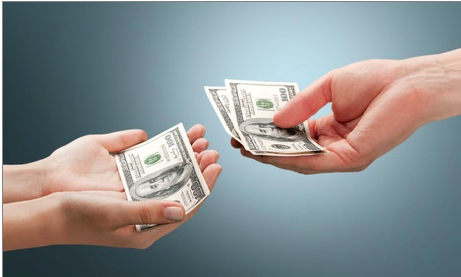 When President Trump signed a bill to keep the government open through Sept. 30, he also authorized a 1.9 percent pay increase for federal civilian employees, effectively overriding his own pay freeze that he enacted last December.

But that action is merely the first step in the process to provide a pay raise to federal workers, particularly since the provision is retroactive to the beginning of the year.

According to a former Office of Management and Budget official familiar with the federal compensation system, Trump is now obligated to issue an executive order authorizing a 1.9 percent raise and publishing new pay tables across the various compensation structures.

» Get the best federal news and ideas delivered right to your inbox. Sign uphere.

Once those pay tables are published, agency payroll processors will replace existing pay tables in their systems, likely beginning with the next full pay period. Since the current pay period ends Saturday, the first paycheck with the raise will most likely go out during the first or third week of March, provided Trump issues the order in a timely manner.

OPM was unable to respond immediately to a query from Government Executive.

Where things get more complicated is the issue of providing the pay retroactively. Since the bill states that the raise is effective as of the first pay period of 2019, that means agencies will be required to give lump sum payments to workers for what they are owed since Jan. 6. And that work comes as federal payroll processors continue to iron out problems where some employees who were furloughed or forced to work without pay during the 35-day partial government shutdown were not paid all that they were owed or saw key deductions not taken out of their paychecks.

The former official said they expect the process of providing raise-related back pay to go much more smoothly than post-shutdown back pay. Although some of the mistakes were related to agencies estimating employees’ hours rather than using certified time cards in an effort to pay people as quickly as possible, that issue likely will have been fixed by the time agencies must calculate what an employee is owed.

Still, it could take weeks for federal workers to see the retroactive raise in their bank accounts.